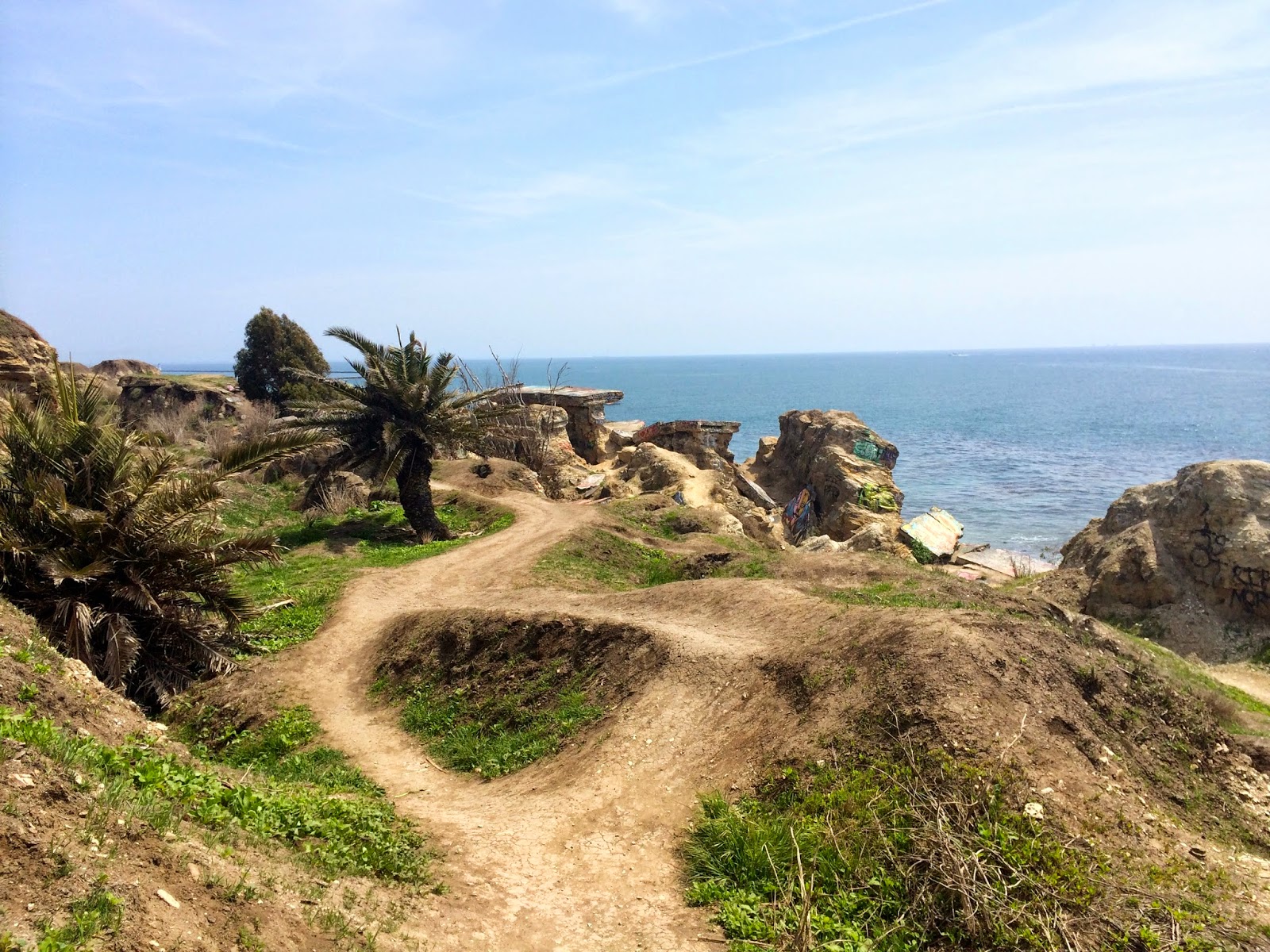 Well this place is a hidden gem, and quiet a nerve racking one. You have to be a bit of an outlaw in order to access The Sunken City, ignoring trespassing signs and ducking through gates. However, this place is heaven for anyone who has a deep rooted fascination for street graffiti art. 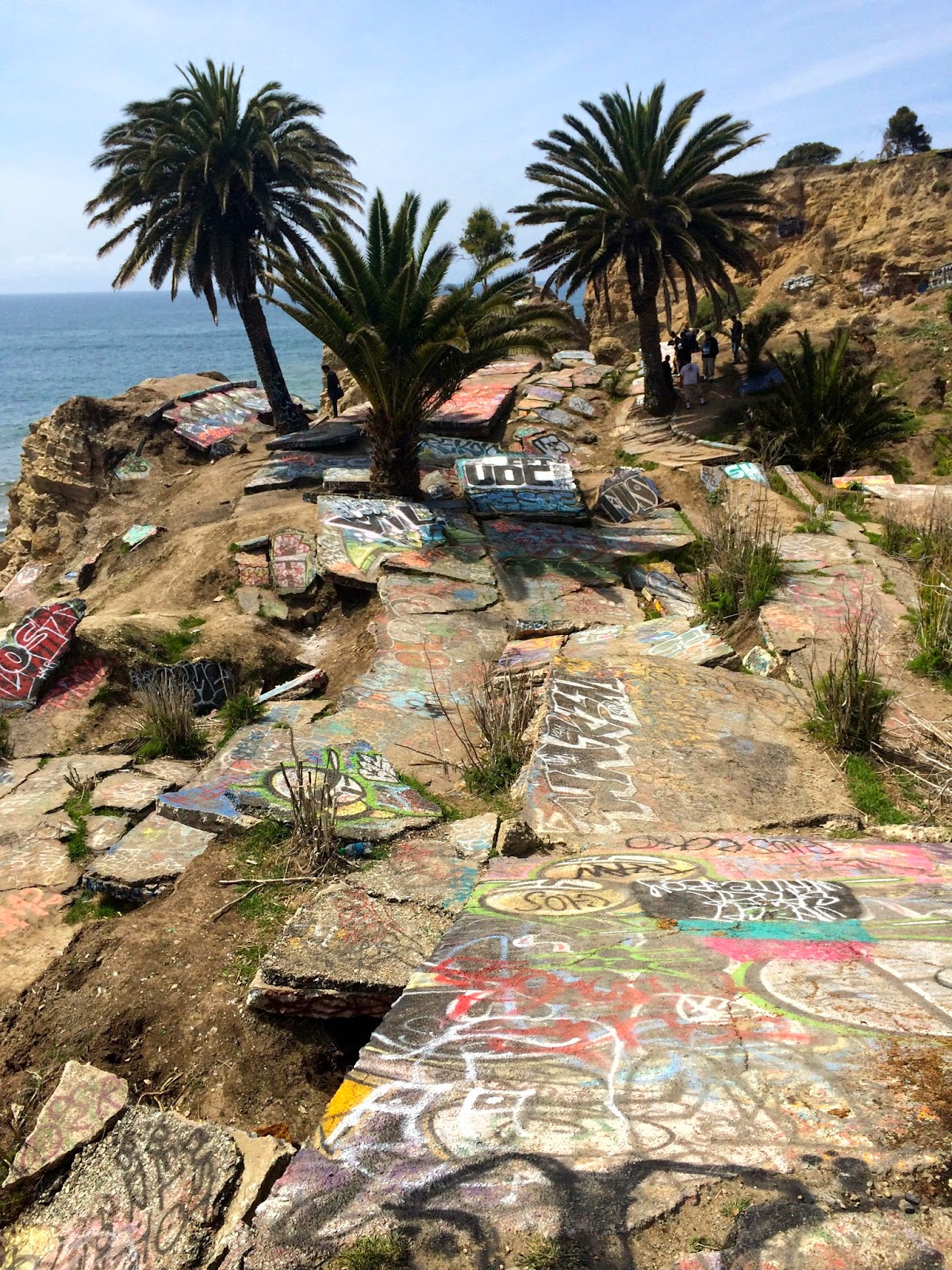 Apparently The Sunken City is the ruins of an old road that was destroyed during an earthquake in the early 1900's. Now this place is filled with vibrant graffiti art from locals who have been brave enough to go a little further. This hidden cliff oasis is now a local hangout spot for an eclectic range of people spanning from: taggers, smokers, hikers and art enthusiast alike. People here are very reserved and too themselves, you don't bother them, they won't bother you. 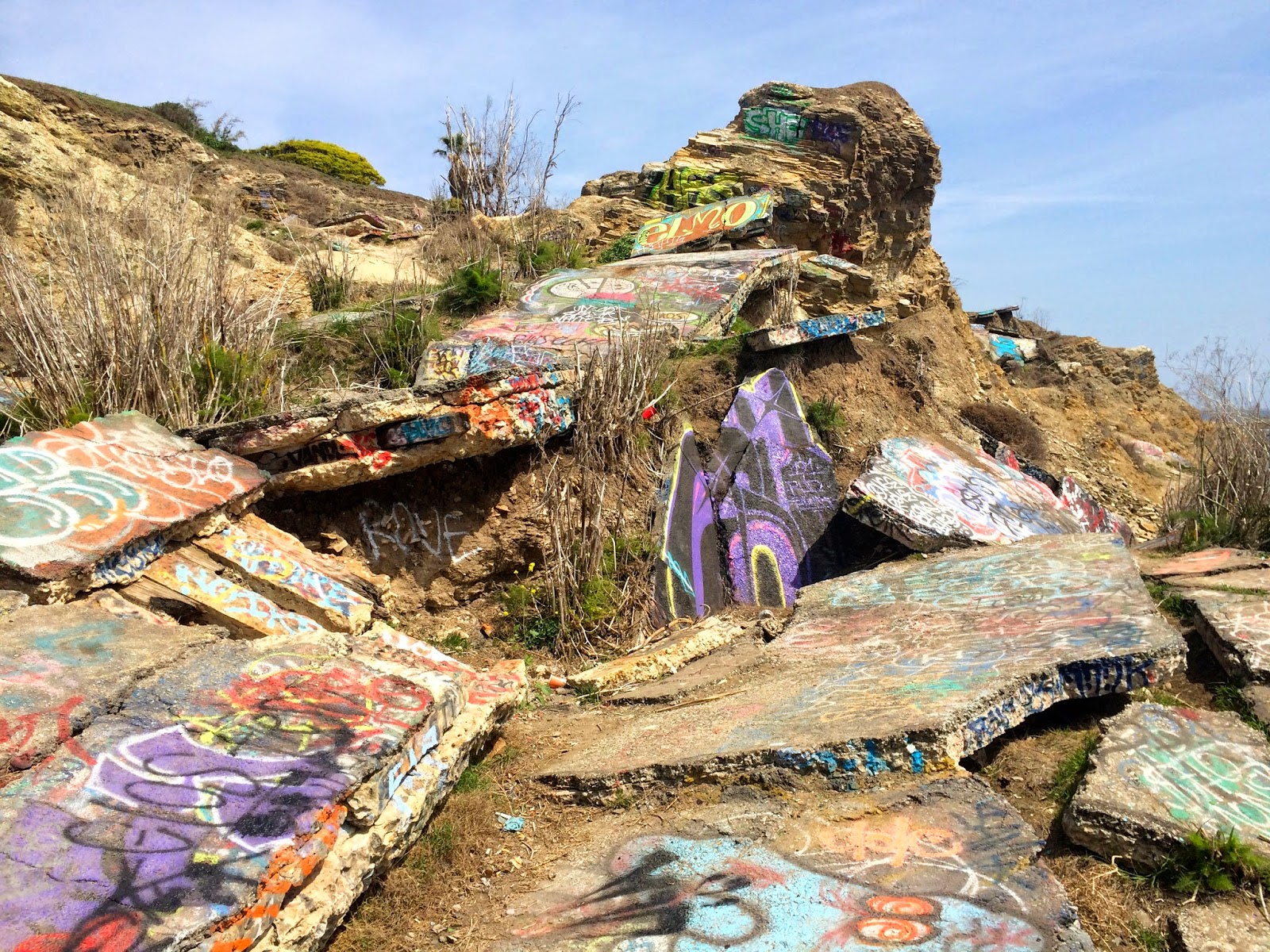 Make sure you bring: comfortable hiking shoes, water and most importantly a camera. If you don't bring anything to capture these beautiful sights you will regret it. 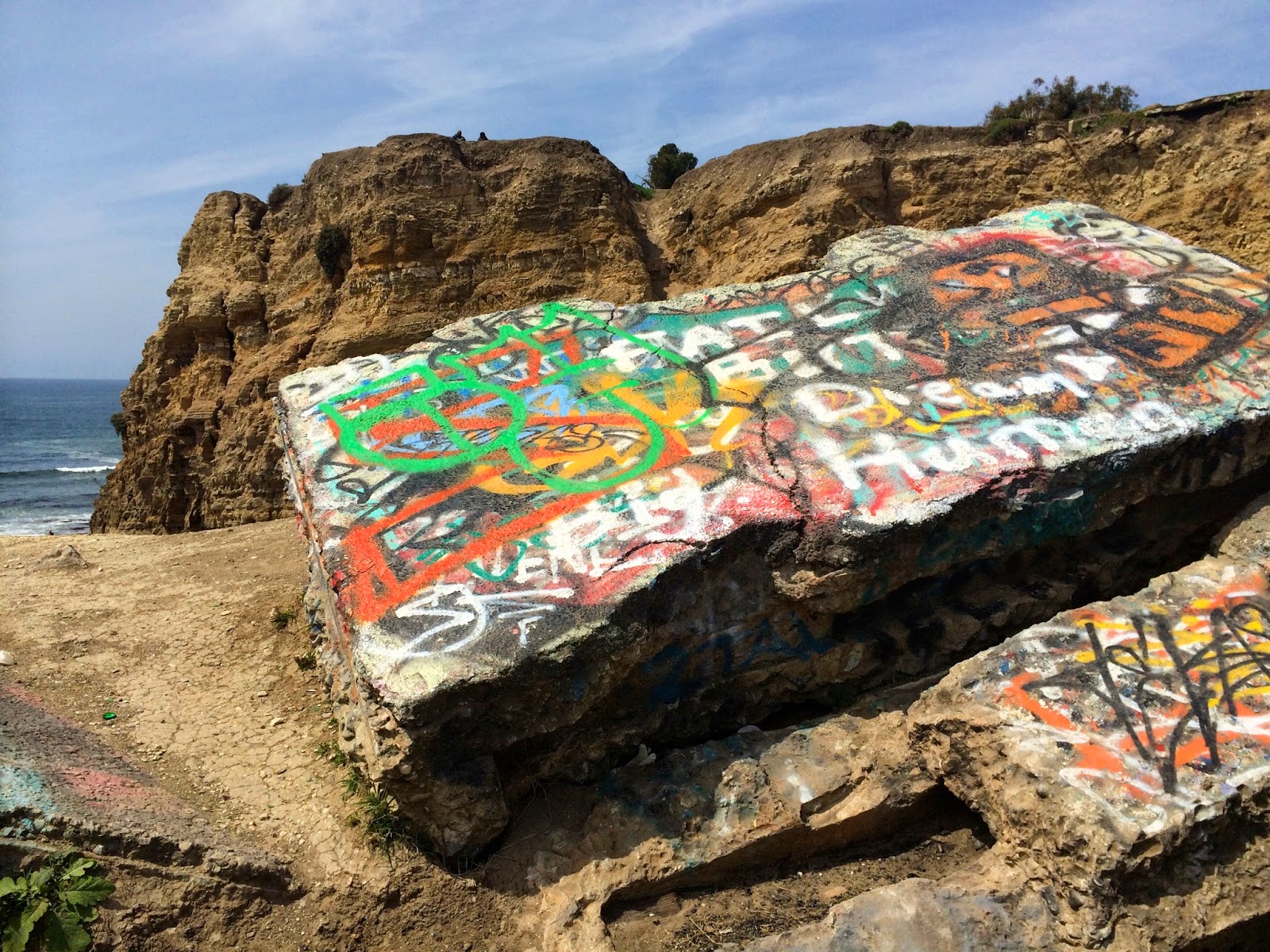 Remember that you are at your own risk and it is trespassing going into area. Life is a risk and an adventure and some rules are meant to be broken. 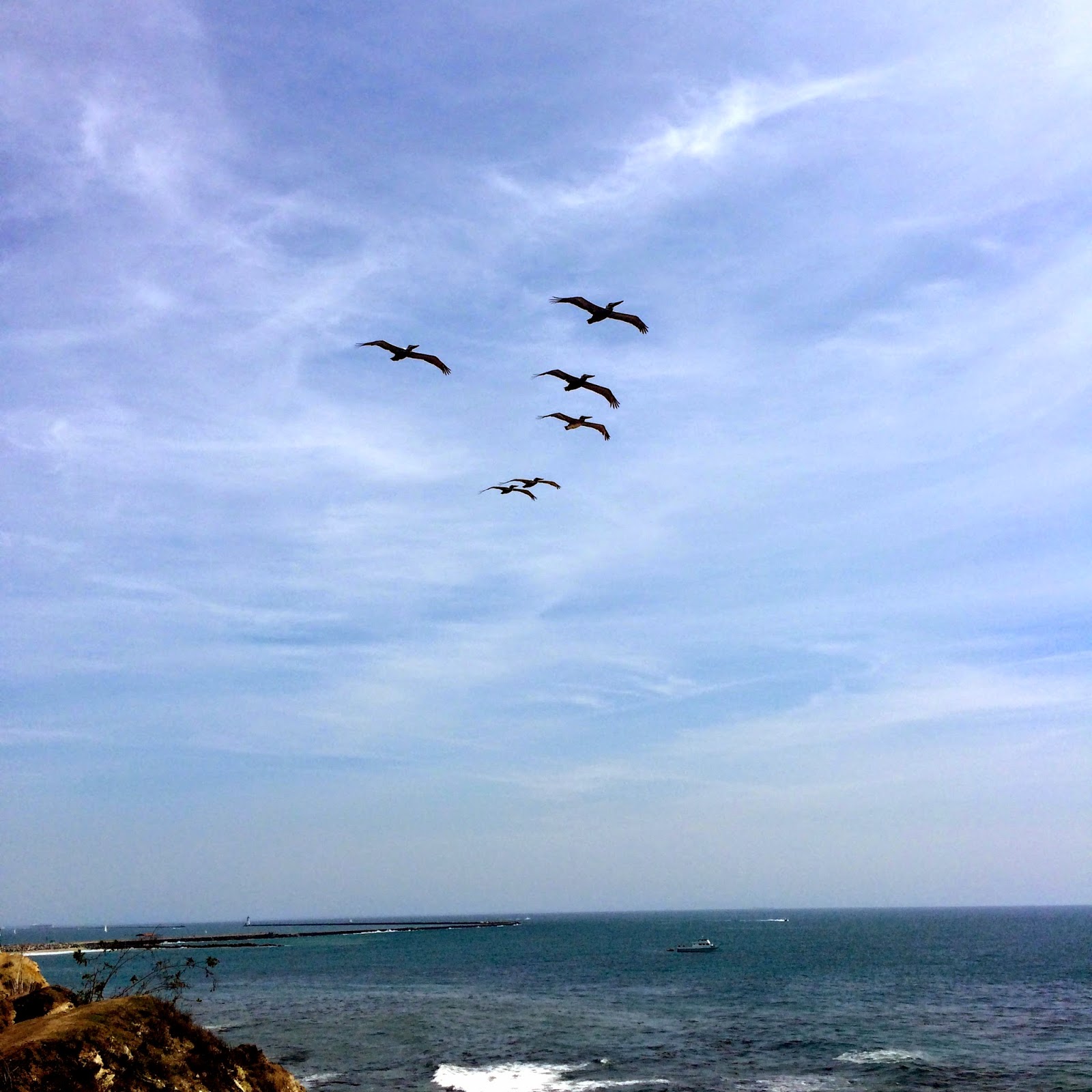 Cost: Free, however a small donation is strongly encouraged 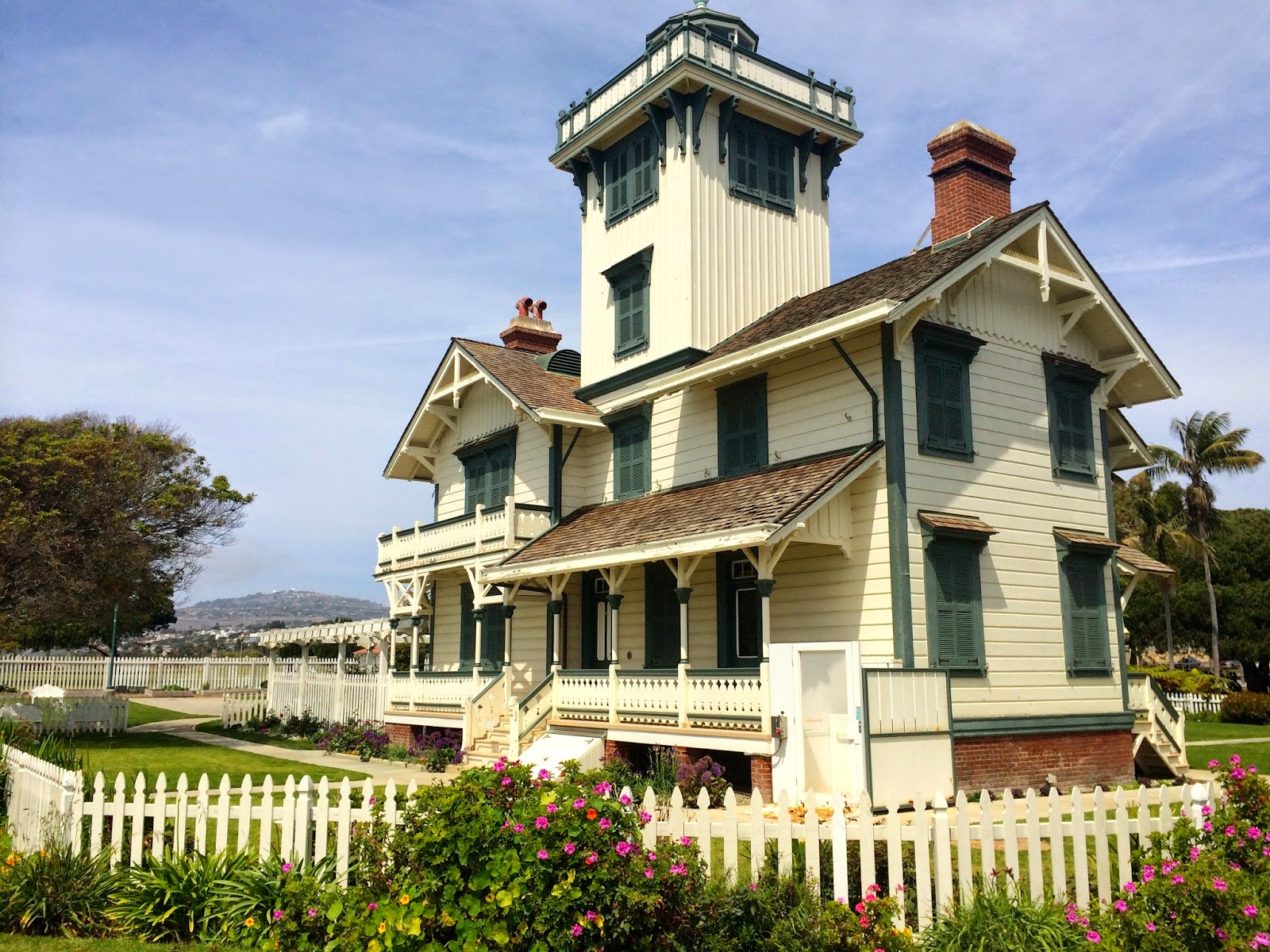 According to their office website "Built in 1874, the Point Fermin Lighthouse was the first navigational light into the San Pedro Bay. Phineas Banning, with the support of many local businessmen, petitioned the Federal Government and the US lighthouse Board to place a lighthouse on the point in 1854. Although the Lighthouse Board agreed funding and land disputes delayed its construction until 1874.

"...Paul J. Pelz, a draftsman for the US Lighthouse Board, designed the Stick Style Victorian lighthouse. The design was used for six lighthouses built between 1873 and 1874, of which three are still standing, East Brothers in San Francisco Bay, Hereford Light in New Jersey, and Point Fermin. The Stick Style is an early Victorian architectural style and is simpler in design and decoration than the later high Victorian period. It is characterized by its gabled roofs, horizontal siding, decorative cross beams and hand carved porch railings." 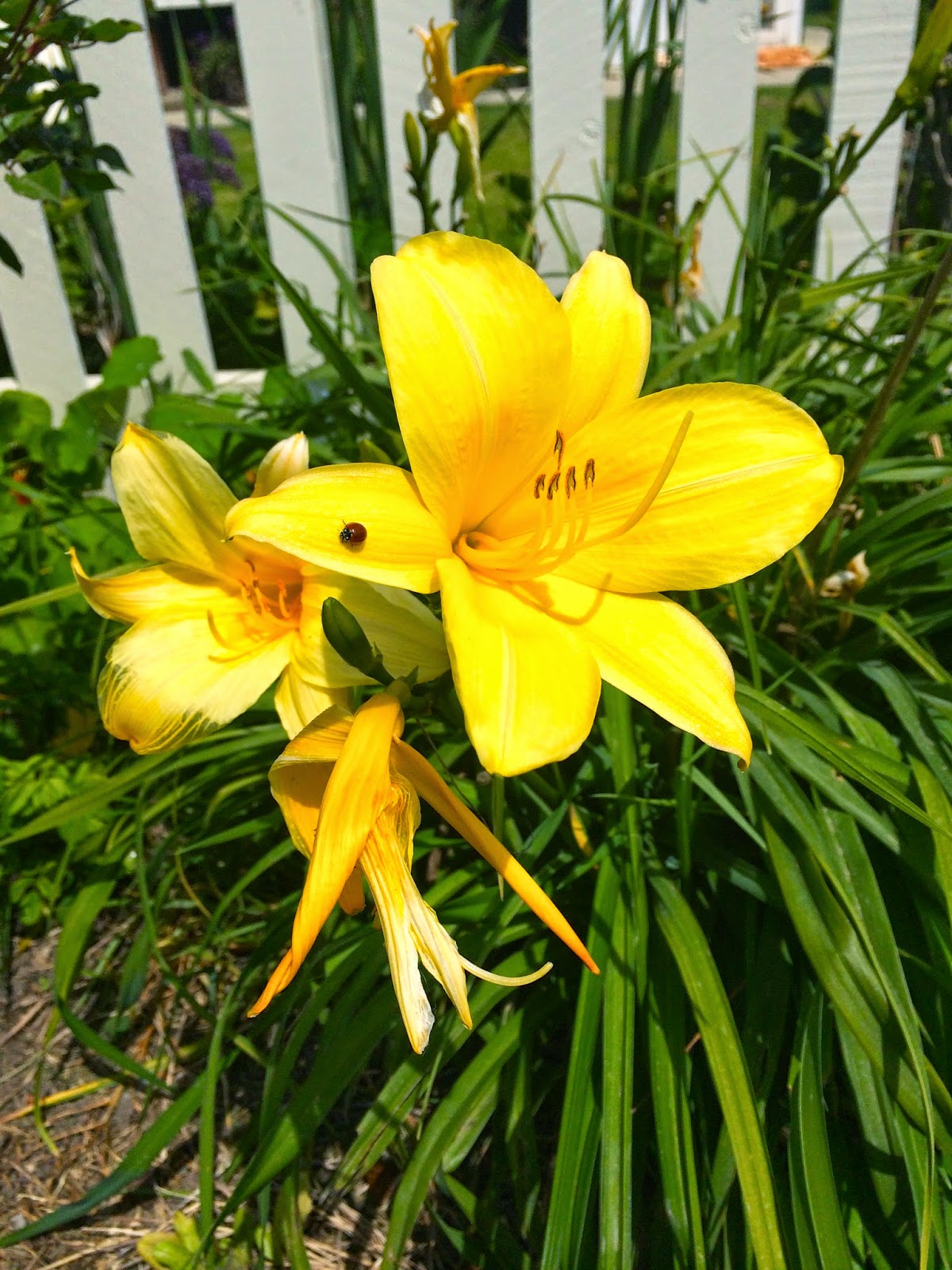 The Point Fermin Lighthouse is very quaint and picturesque, and photographs beautifully. It is walking distance from The Sunken City; however, this place did not grab my attention enough for me to go inside.  If I was not so pressed for time, I probably would have. 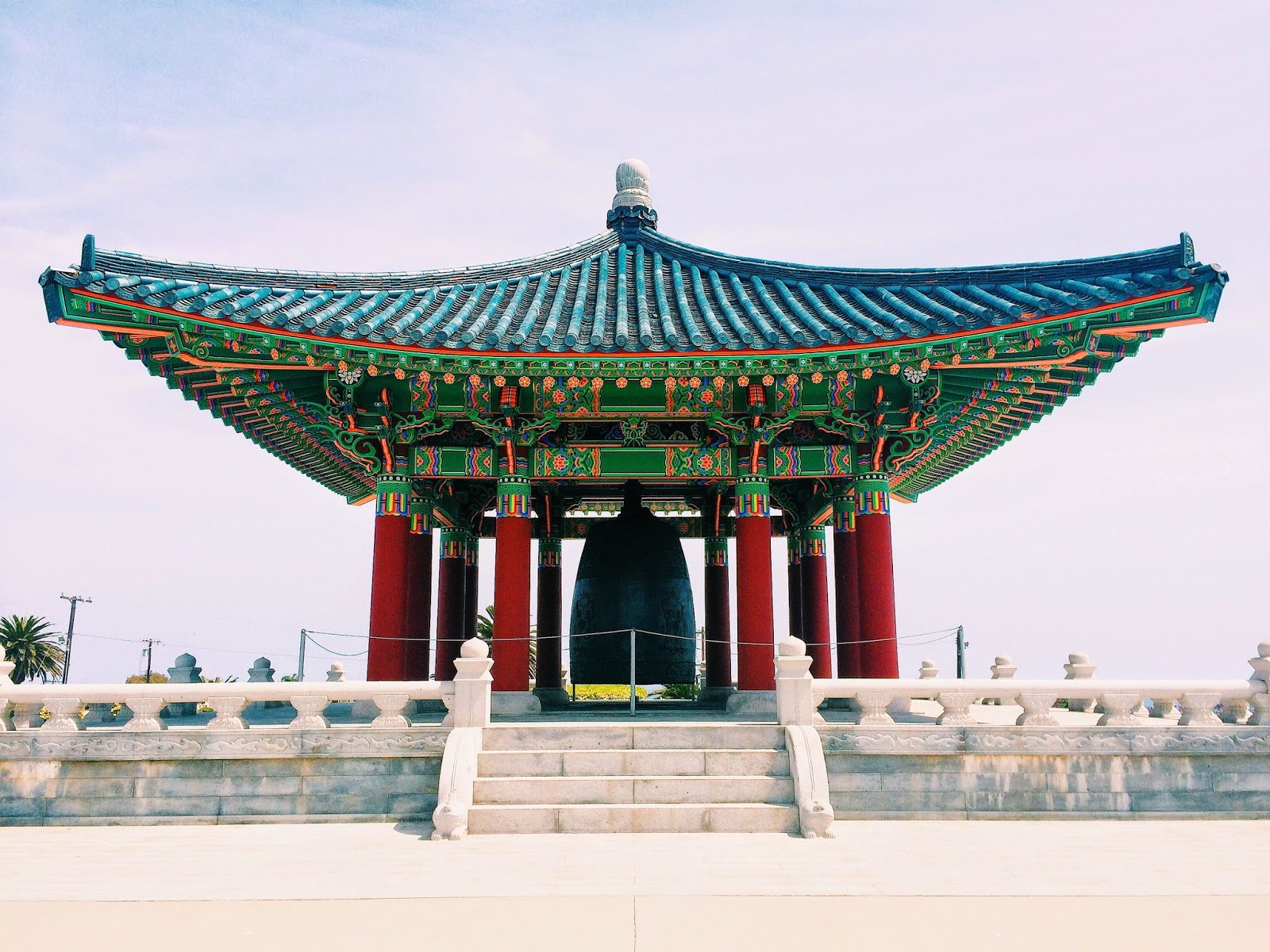 "The Korean Bell of Friendship is a massive bronze bell housed in a stone pavilion in Angel's Gate Park, in the San Pedro neighborhood of Los Angeles, California. Located at the corner of Gaffey and 37th Streets, the section of the park is alternatively called the "Korean-American Peace Park" and occupies part of the former Upper Reservation of Fort MacArthur."

"The bell was presented by the Republic of Korea to the American people to celebrate the bicentennial of the United States and to symbolize friendship between the two nations. The effort was coordinated by Philip Ahn, a Korean American actor. It was dedicated on October 3, 1976, and declared Los Angeles Historic-Cultural Monument No. 187 in 1978."
wikipedia

The Korean Bell of Friendship is a very impressive sight, the view is breathtaking, and it's a nice thing to check off of your bucket list. 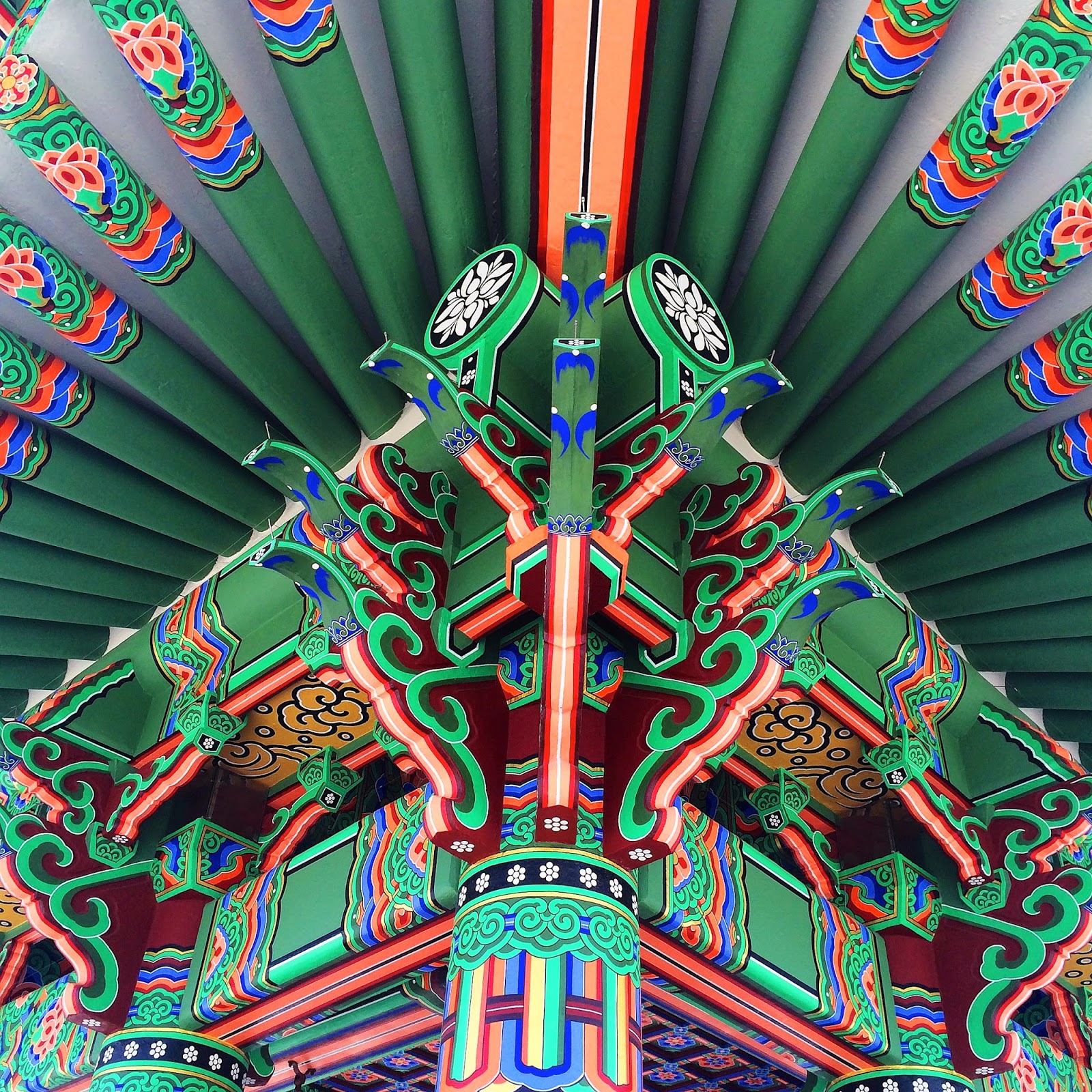 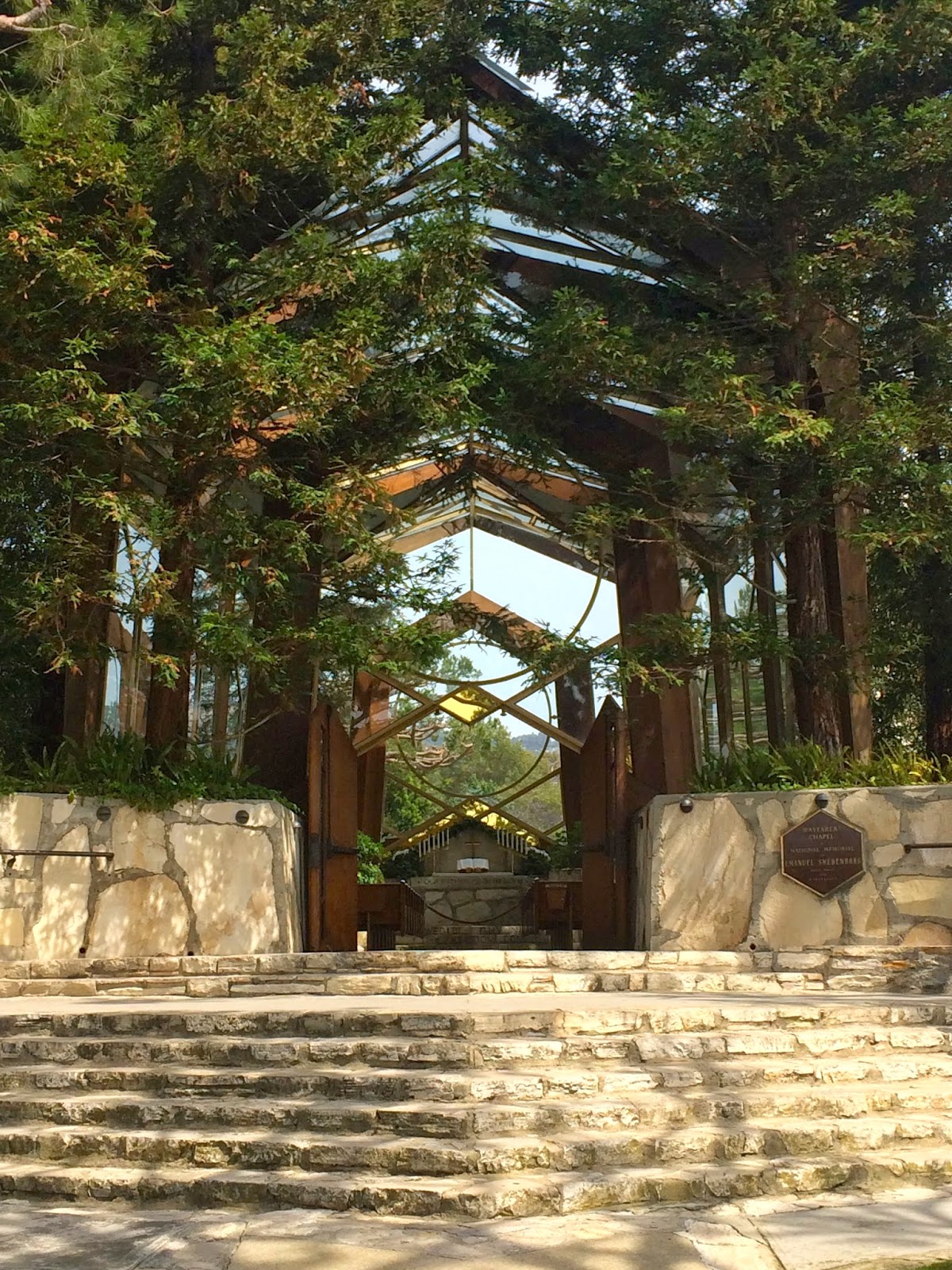 "Wayfarers Chapel, a most unusual church made almost entirely of glass, is sponsored by the Swedenborgian Church and serves as a national memorial to Emanuel Swedenborg.
Wayfarers Chapel began as a dream in the mind of Elizabeth Schellenberg, a member of the Swedenborgian Church who lived on the Palos Verdes Peninsula in the late 1920s.
The Peninsula was largely open farmland. A two-lane gravel road skirting the shoreline from San Pedro to Palos Verdes Estates.
Mrs. Schellenberg dreamed of a little chapel on a hillside above the Pacific Ocean where wayfarers could stop to rest, meditate and give thanks to God for the wonder and beauty of creation.
Today, what you are looking at is not a glass church but a “tree chapel.” Chapel architect Lloyd Wright, son of the renowned American architectural pioneer Frank Lloyd Wright, had been inspired by the cathedral-like majesty of the redwood trees in northern California. The redwood trees that surround the Chapel are forming living walls and roof. Since its dedication in May 1951, millions of visitors have toured the Wayfarers Chapel and its surrounding gardens."
History / Wayfarers Chapel 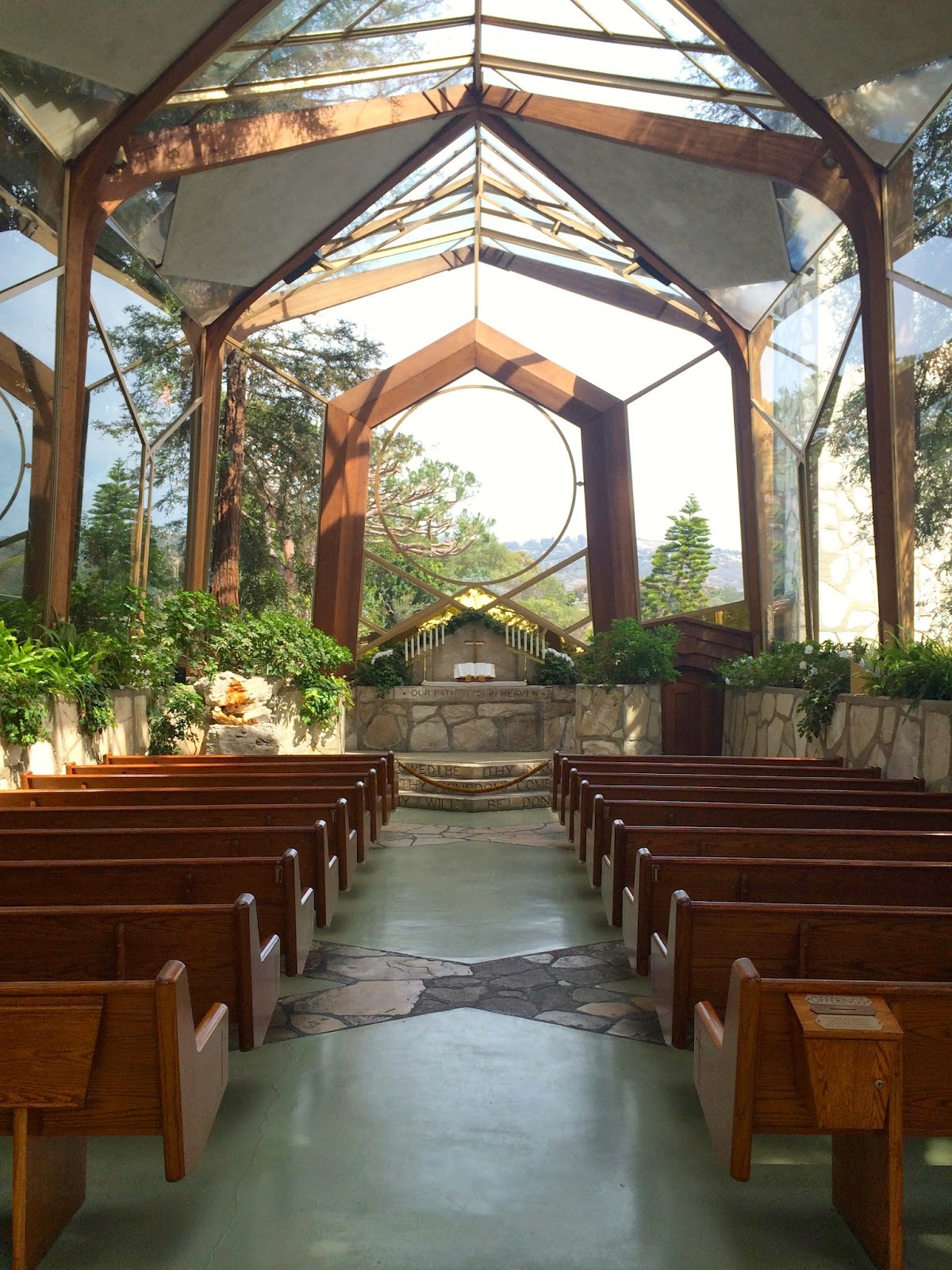 To be honest, I have mixed feelings about this place, it is very beautiful; however, I feel at the same time the simplicity of it all does not add anything astonishing to this place. I suppose I'm not so much of a "green" person, to enjoy natural vegetation growing everywhere. I do love the views that this chapel offers. If you do plan on visiting this location, please call ahead of time to ensure that there will not be any event going on. 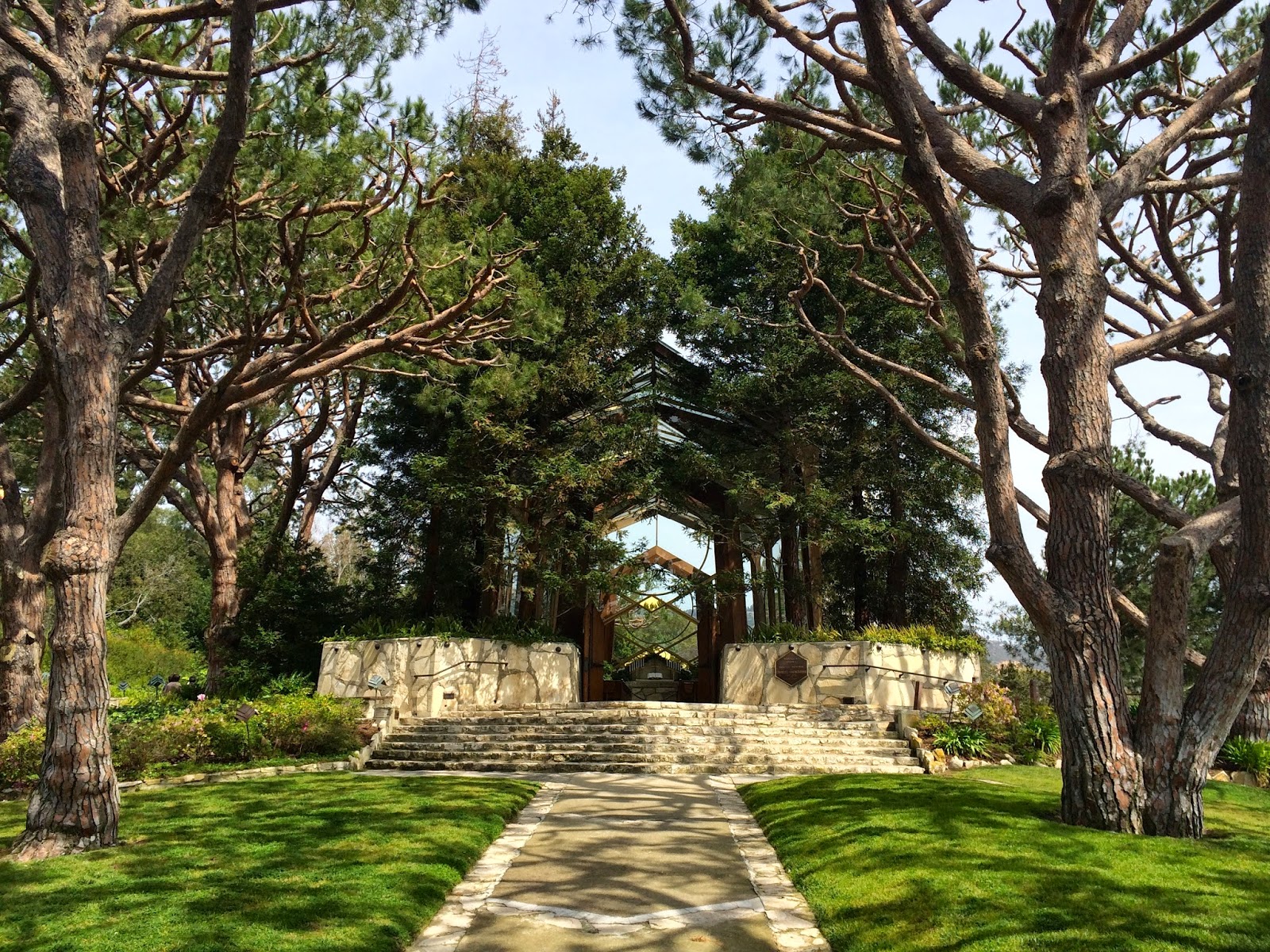 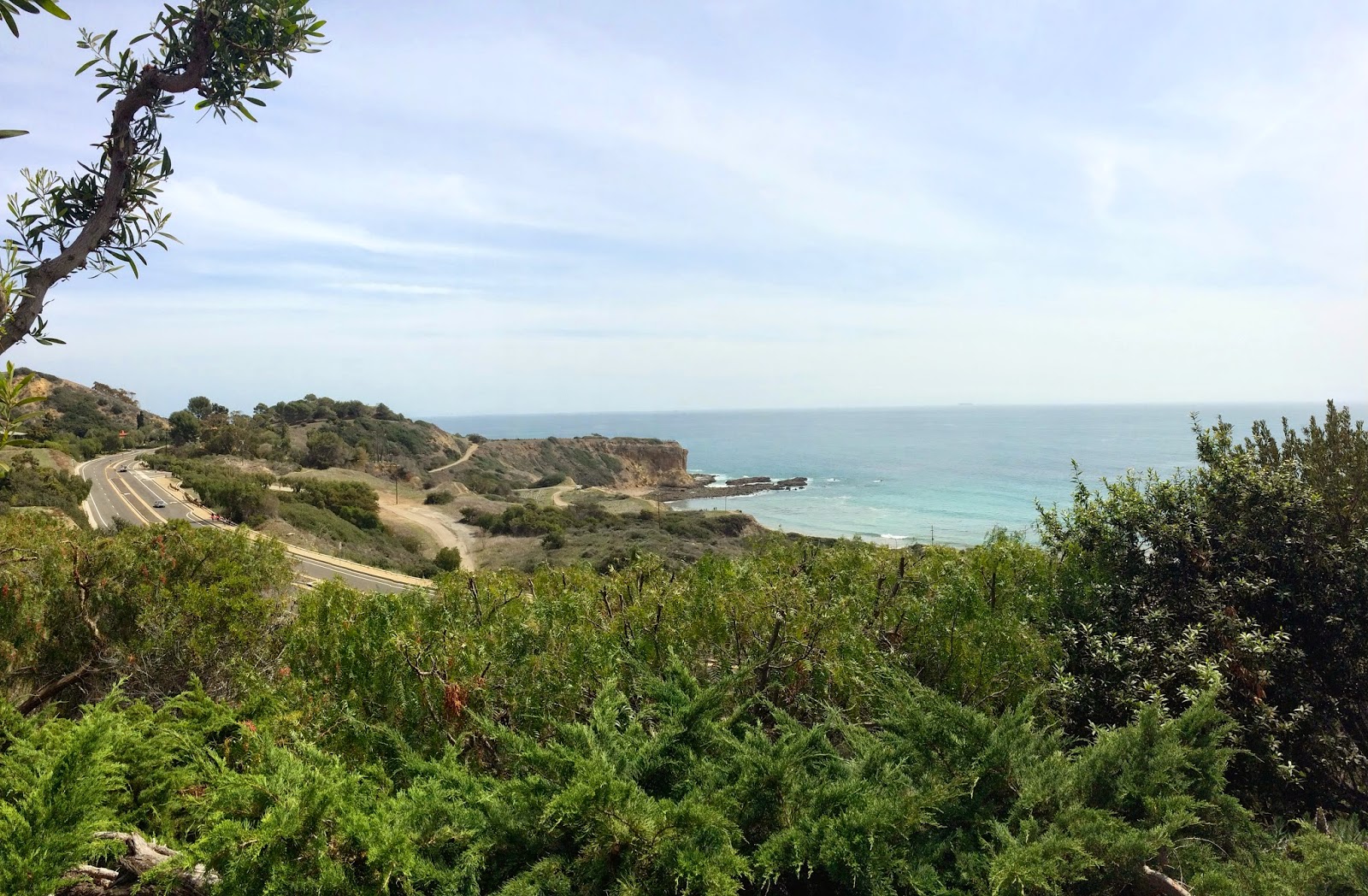 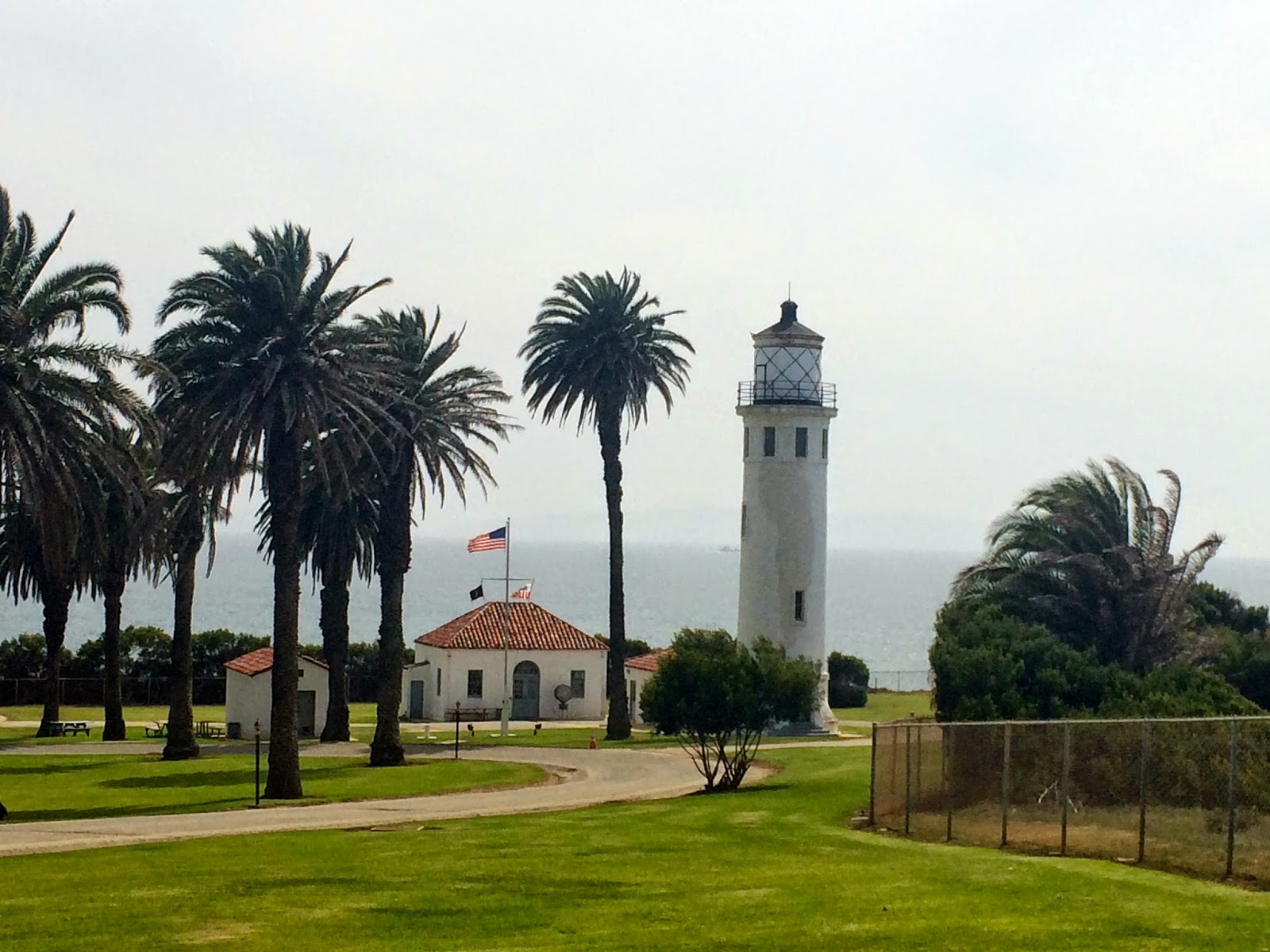 "Located next to Point Vicente Lighthouse, this natural history museum is an ideal whale-waching spot. It was first opened in 1984. It was greatly expanded and reopened on July 15, 2006 as an almost 10,000 square foot state of the art facility. Exhibits highlight the peninsula's geology, flora and fauna. From December to May, American Cetacean Society volunteers gather daily at the Center to conduct a census of whales passing through the Catalina Channel. The friendly American Cetacean Society volunteers are happy to talk about whales, their numbers, invite visitors to observe the Pacific Ocean, share stories and answer questions." www.sanpedro.com 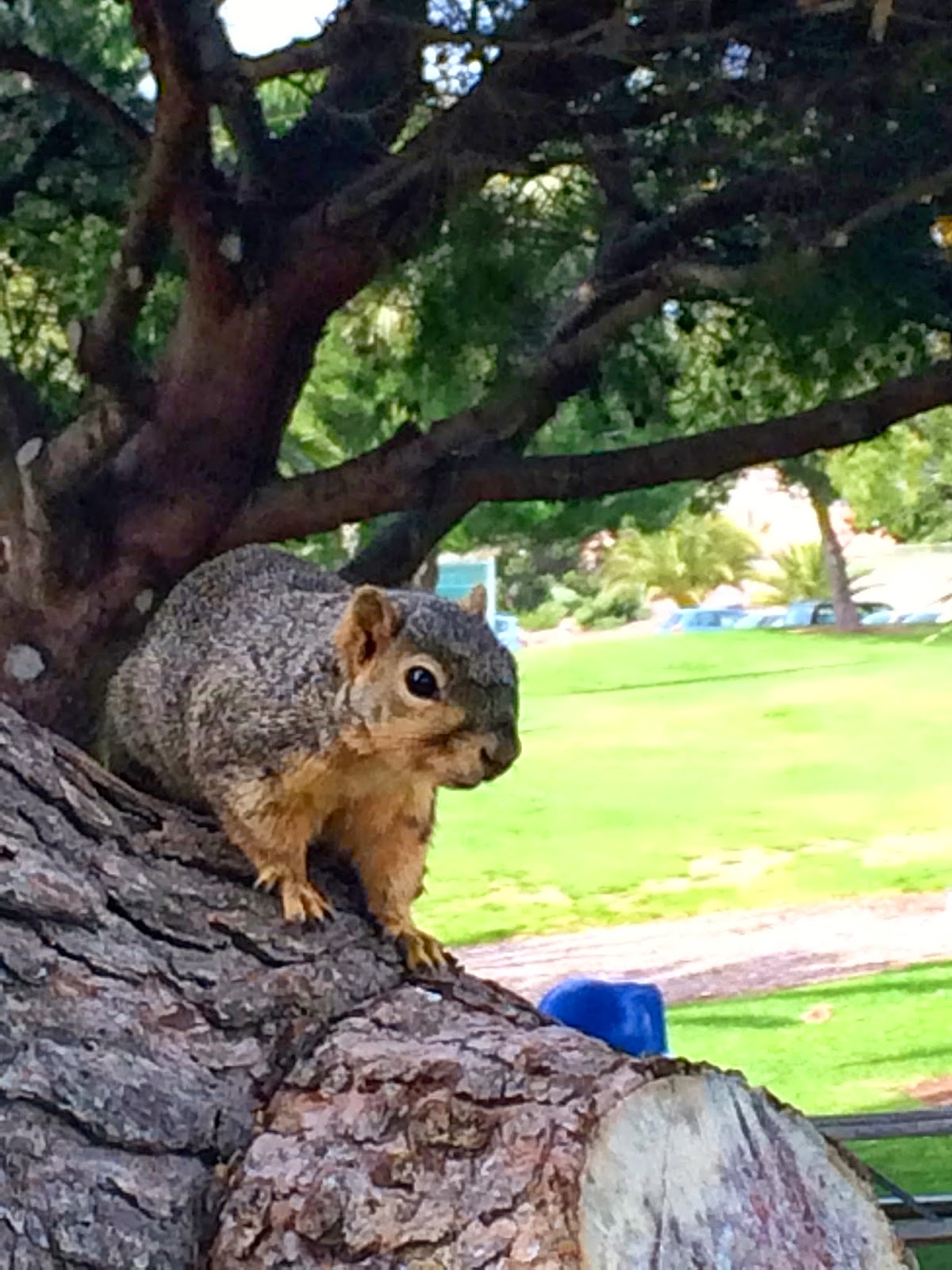 The Point Vicente Lighthouse gives nature enthusiast a place to be able to feel the wind your hair and allow you to be one with nature. I really enjoyed visiting this location. If you are planning on going try to see if you catch a glimpse at a while, and bring a light jacket as it does tend to get chilly on the cliff. 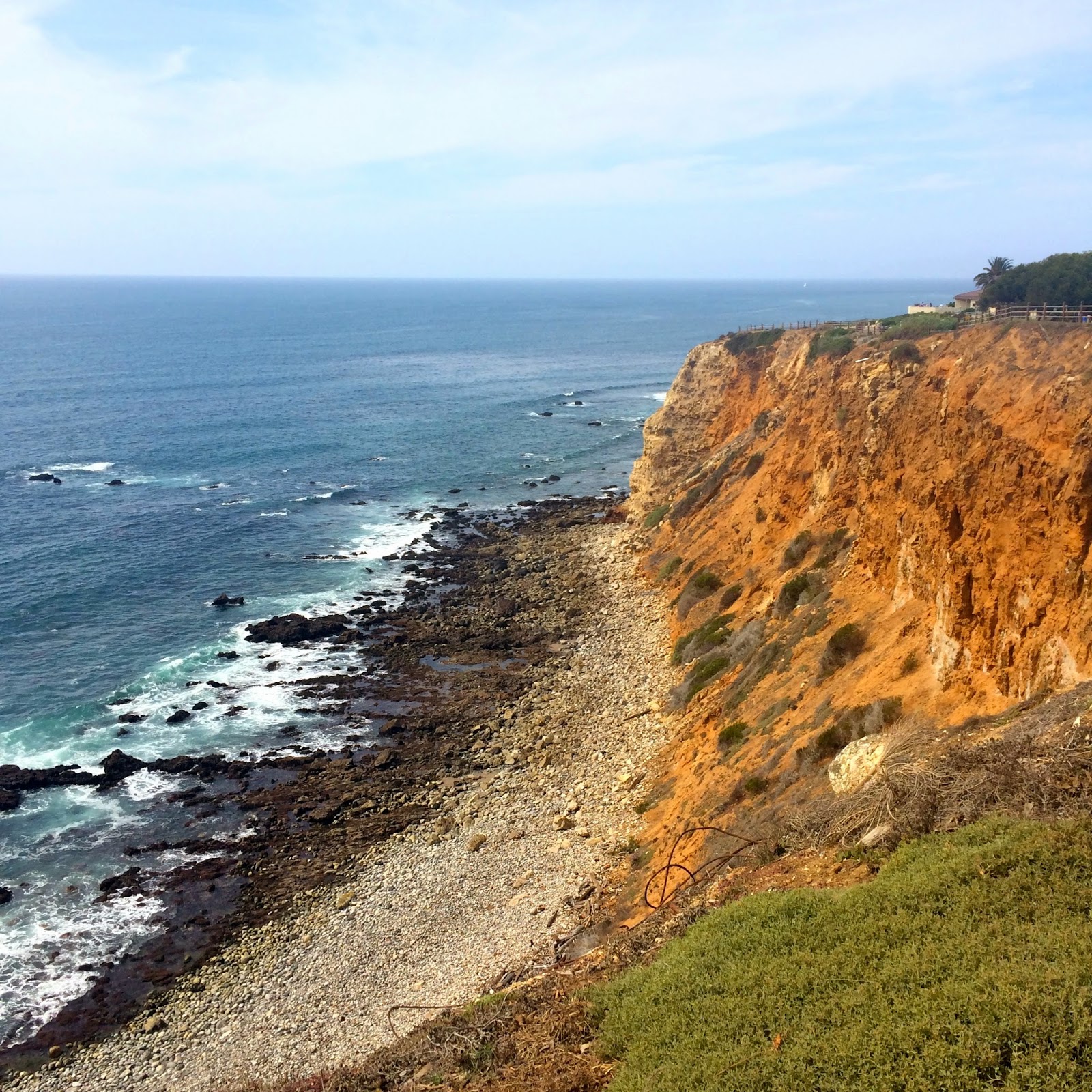 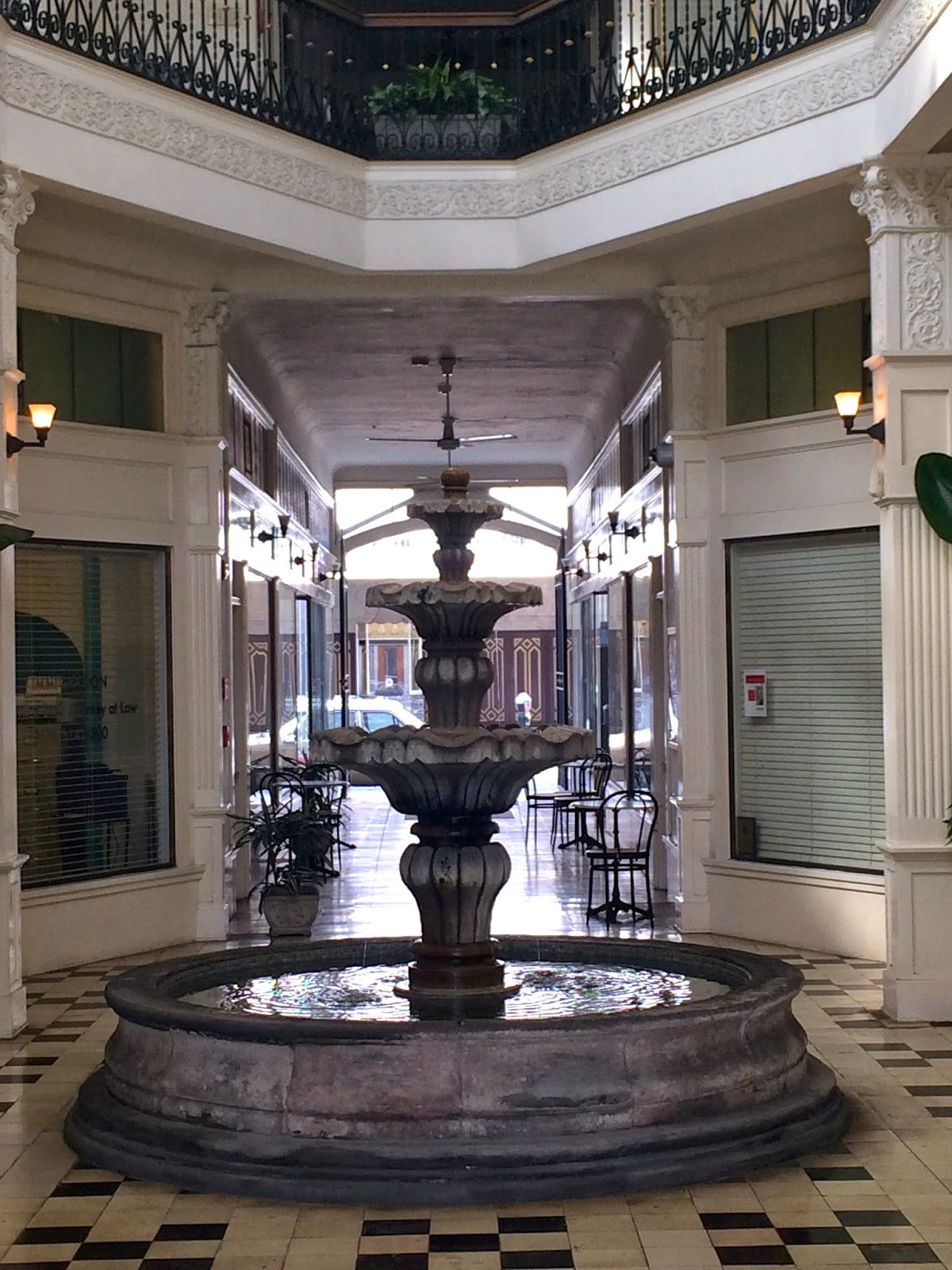 This place to be quiet honest was highly hyped online as being a beautiful architectural masterpiece that is reminiscent of old town San Pedro. However, it was rather uninteresting, granted it is a nice building, but not worth making a stope...what is working making a stop for is where we had lunch/dinner. 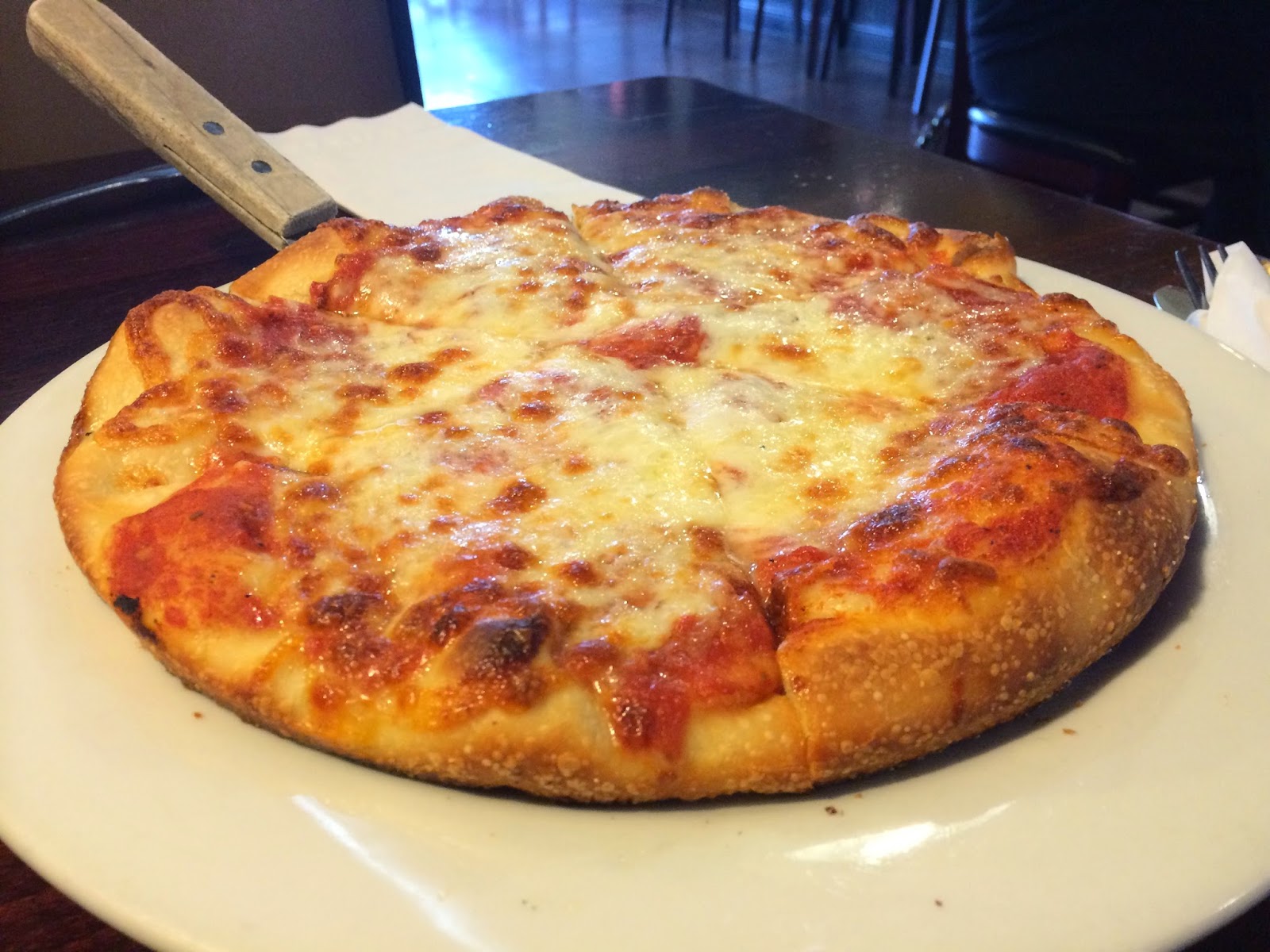 Niko's Pizzeria is a hidden gem, if you blink you will miss it. This place is a 10/10 in my book. The ambiance is relaxing, prices are reasonable, service is excellent, and food is astonishing. I surprisingly can't wait to go back once lent is over and have some pepperoni pizza.
(Being Catholic and it being Lent, no meat on Fridays). 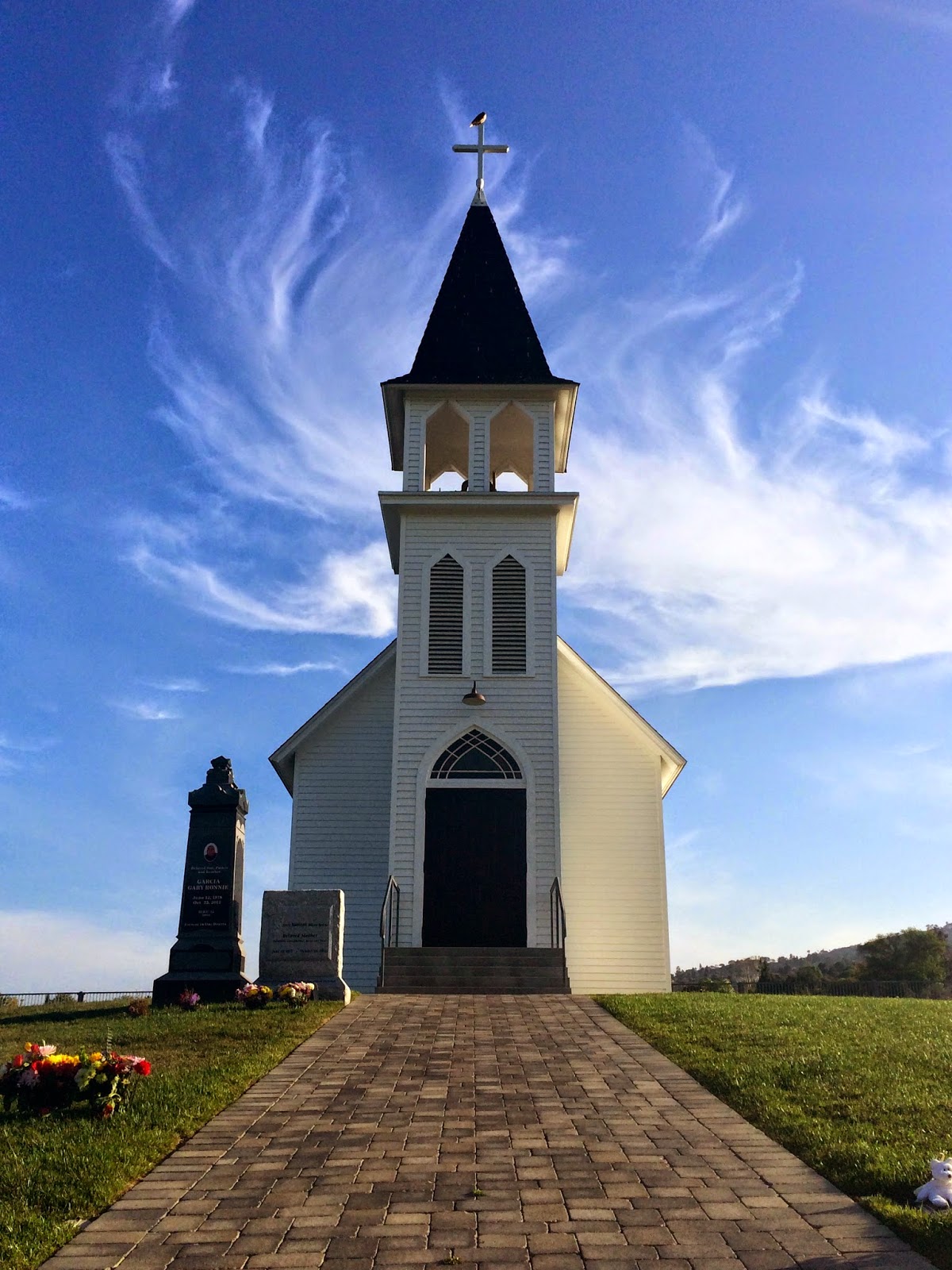 Constructed originally in 1883 on Beacon Street's fashionable Nob Hill, between 2nd and 3rd Streets, overlooking the then-infant port, this is the oldest church in San Pedro. For twenty years, the church's steeple was a landmark and a beacon for those on land or sea. The Carpenter's Gothic style church features hand-hewed pews and an alter. Its lectern is upheld by an intricately-carved wooden angel. All are of redwood.
By the turn of the century, San Pedro's population began to shift to the south. In 1904, the building was moved to the Vinegar Hill section at 10th and Mesa Streets. During the move, the church lost its steeple, which was replaced with a belfry. The little church served its parishioners for another fifty years, until with capacity was deemed too small. New quarters were built for the parish, and the old wooden building stood empty and was in danger of demolition. A group of citizens of various faiths banded together to find a new site for the church, and in 1956 it was moved to its present site, deconsecrated and rededicated as a memorial chapel.
San Pedro's first church has found its home in the town's cemetery, amid many of its original citizens who are at their final resting place. It stands today as a monument both to San Pedro's founders and to those who have sought to preserve its history.


Over the last several years the church has fallen in disrepair. In the fall of 2011 the church was dismantled and and transferred to Green Hills Memorial Park. The church has been restored and is open to the public. 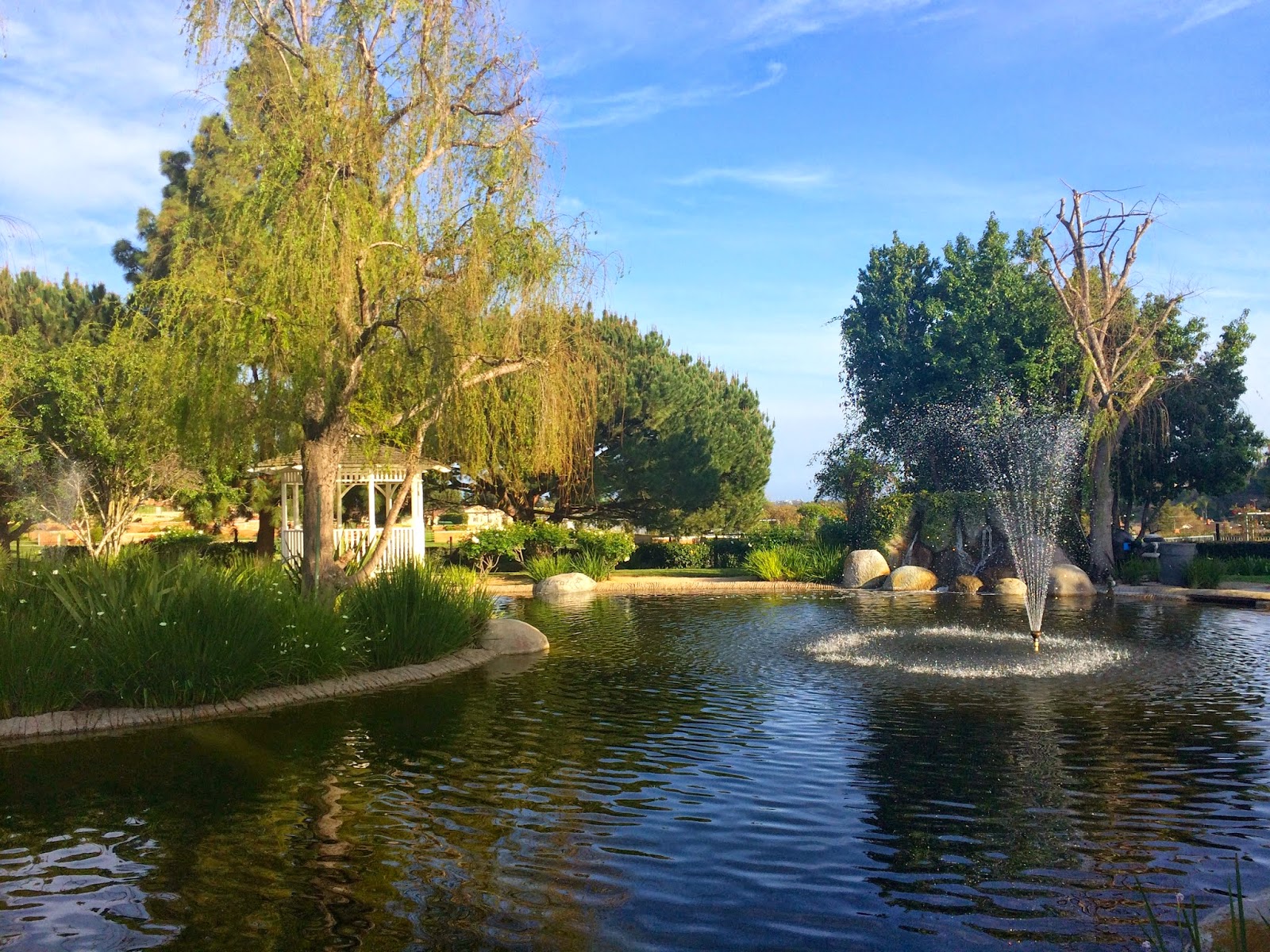 Ever since I was a kid, my parents always took me to cemeteries to walk around, and truly be able to bask in the tranquility of it all. Growing up, I have been able to find a sense of peace and relaxation walking through beautiful cemeteries. I have definitely visited my fair share of cemeteries, and Green Hills Memorial Park is definitely one of thee most beautiful I have been to. 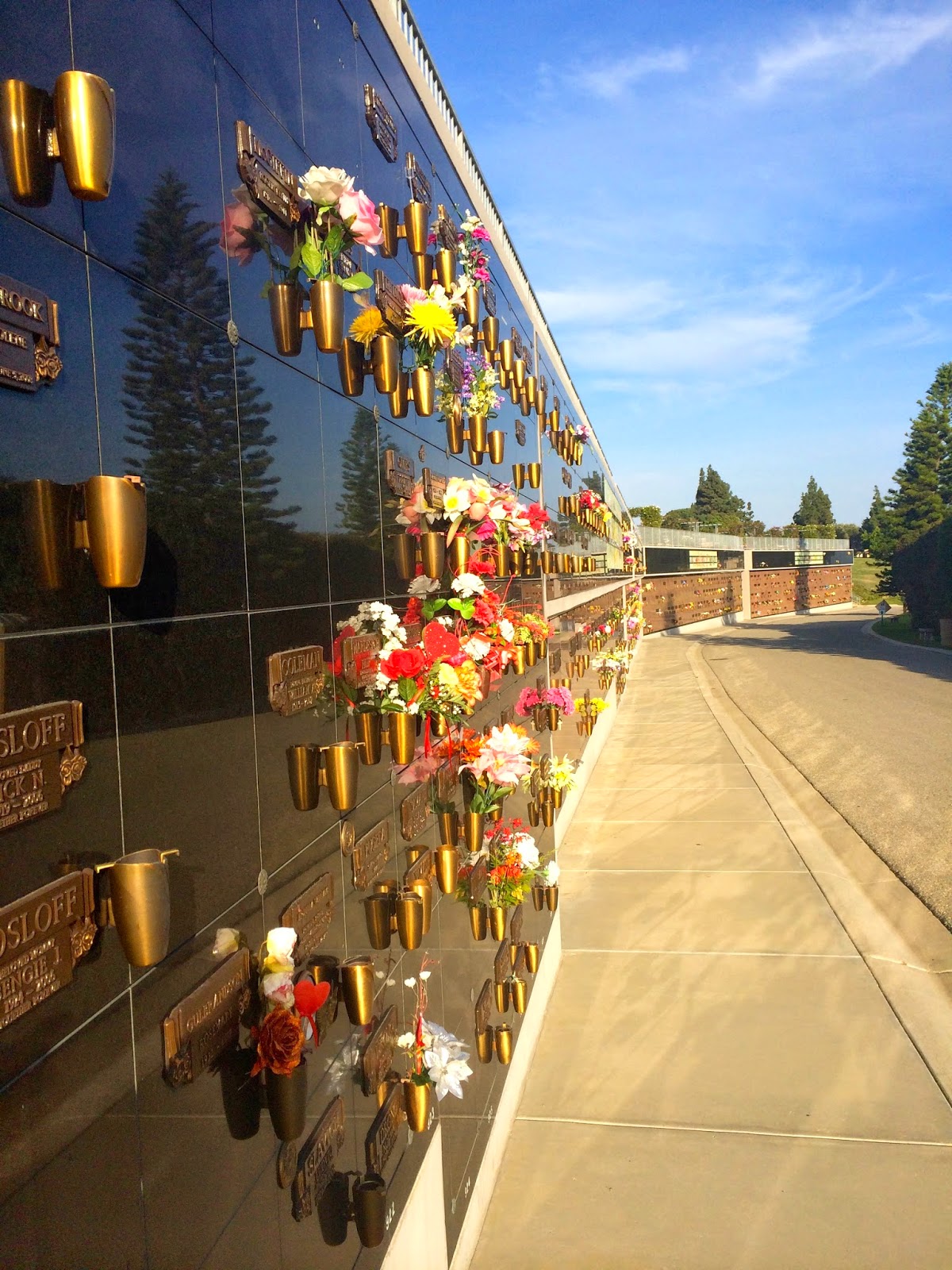 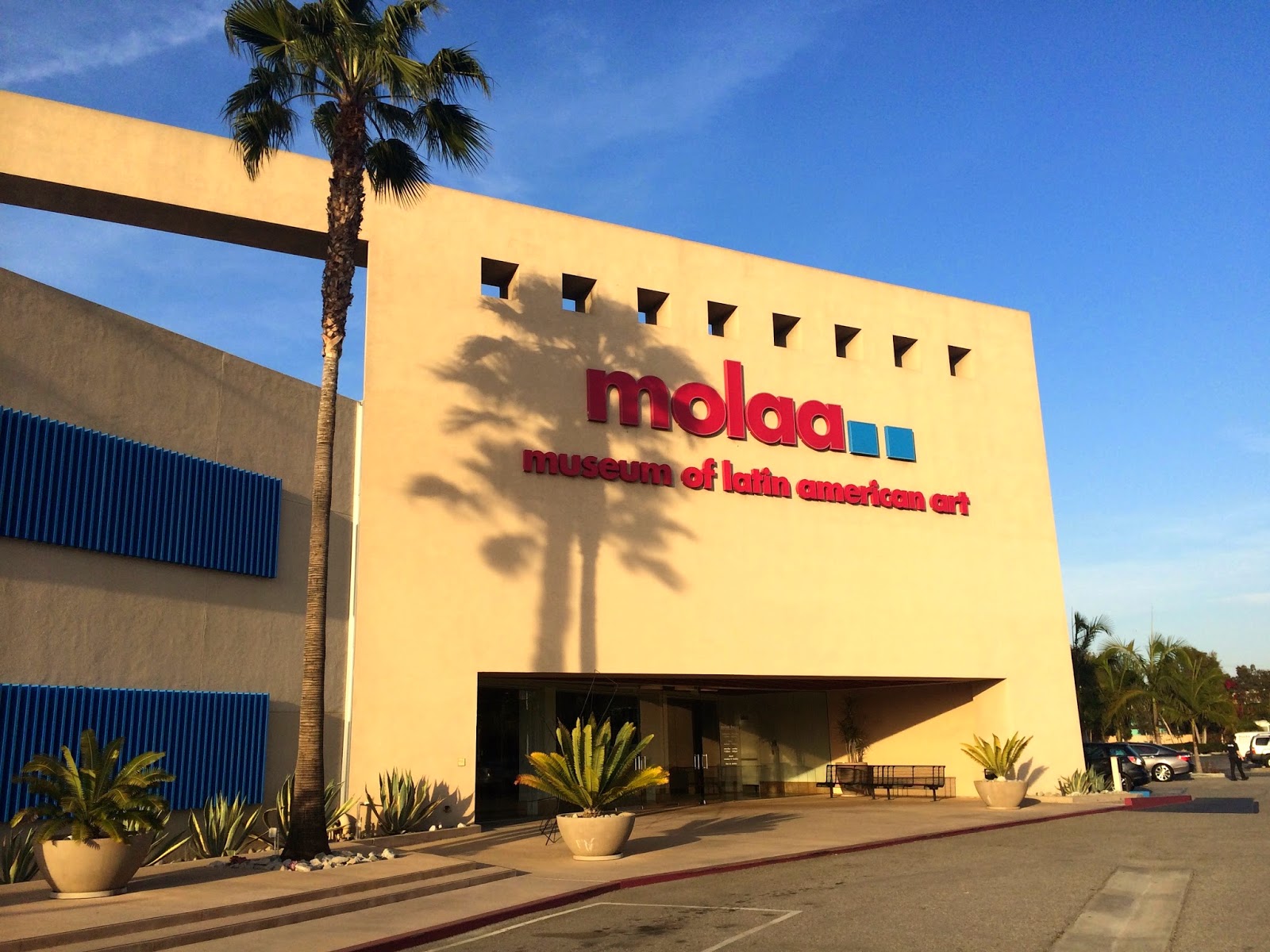 "Frida Kahlo, Her Photos presents over 200 images from Frida Kahlo’s personal Casa Azul archive in Mexico City. MOLAA’s featured spring exhibition includes images of Frida, by Frida and for Frida. Represented here are a wide range of photographs that shed light on a more personal side of Frida’s life, from family photographs, both traditional portraits and candid shots at the Casa Azul, to mementos of pain, love, and the artistic, intellectual and political milieu in which she lived. This selection from the Casa Azul trove also includes images by Lola and Manuel Álvarez Bravo, Man Ray, Tina Modotti, and Edward Weston among others."
http://www.molaa.org/fridakahloherphotos.aspx 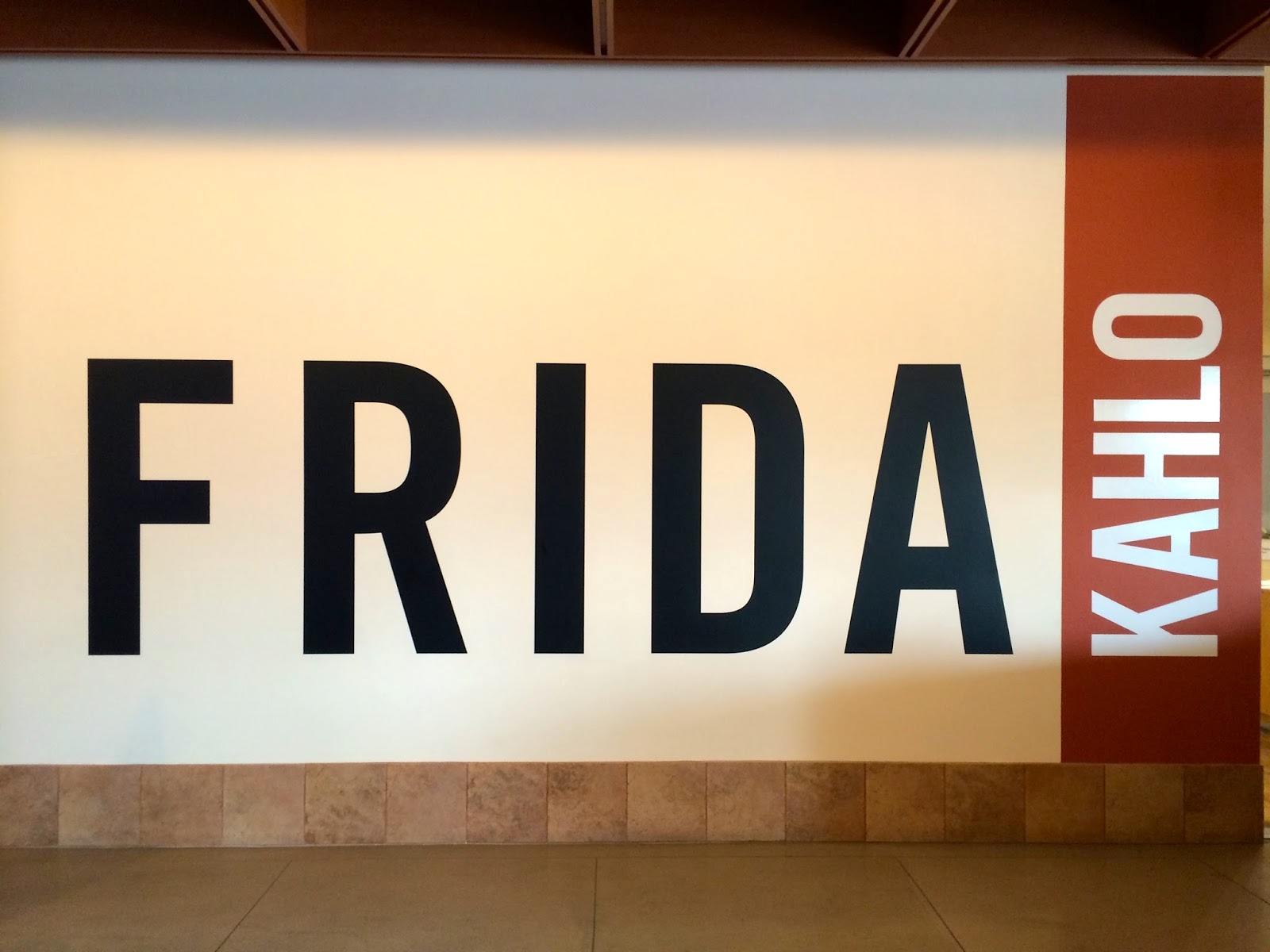 I'll be quiet honest with you. I like to consider myself a very culture, and well rounded individual in which I can enjoy a wide variety of art. However, the exhibit at MOLAA lacks a certain "wow" factor. The images on display are rather small, and the museum as a whole is very small. The exhibit is on display from March 16 through June 8. If you are a huge Frida Kahlo fan like I am, be warned that you may be disappointed. There is a $9.00 admission to the museum, BUT! every Sunday and every last friday of the month is it FREE! I recommend checking it out on a FREE DAY, I wouldn't pay to go into the exhibit. 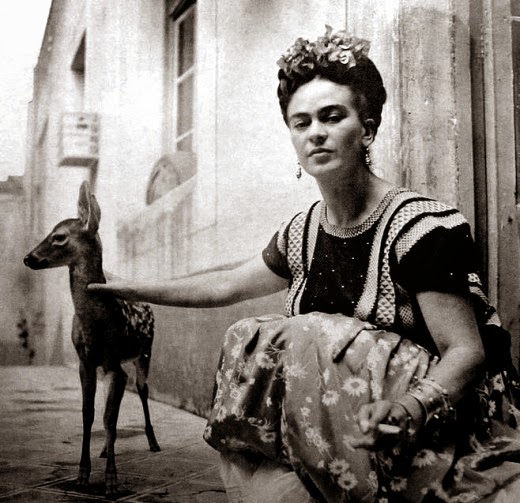 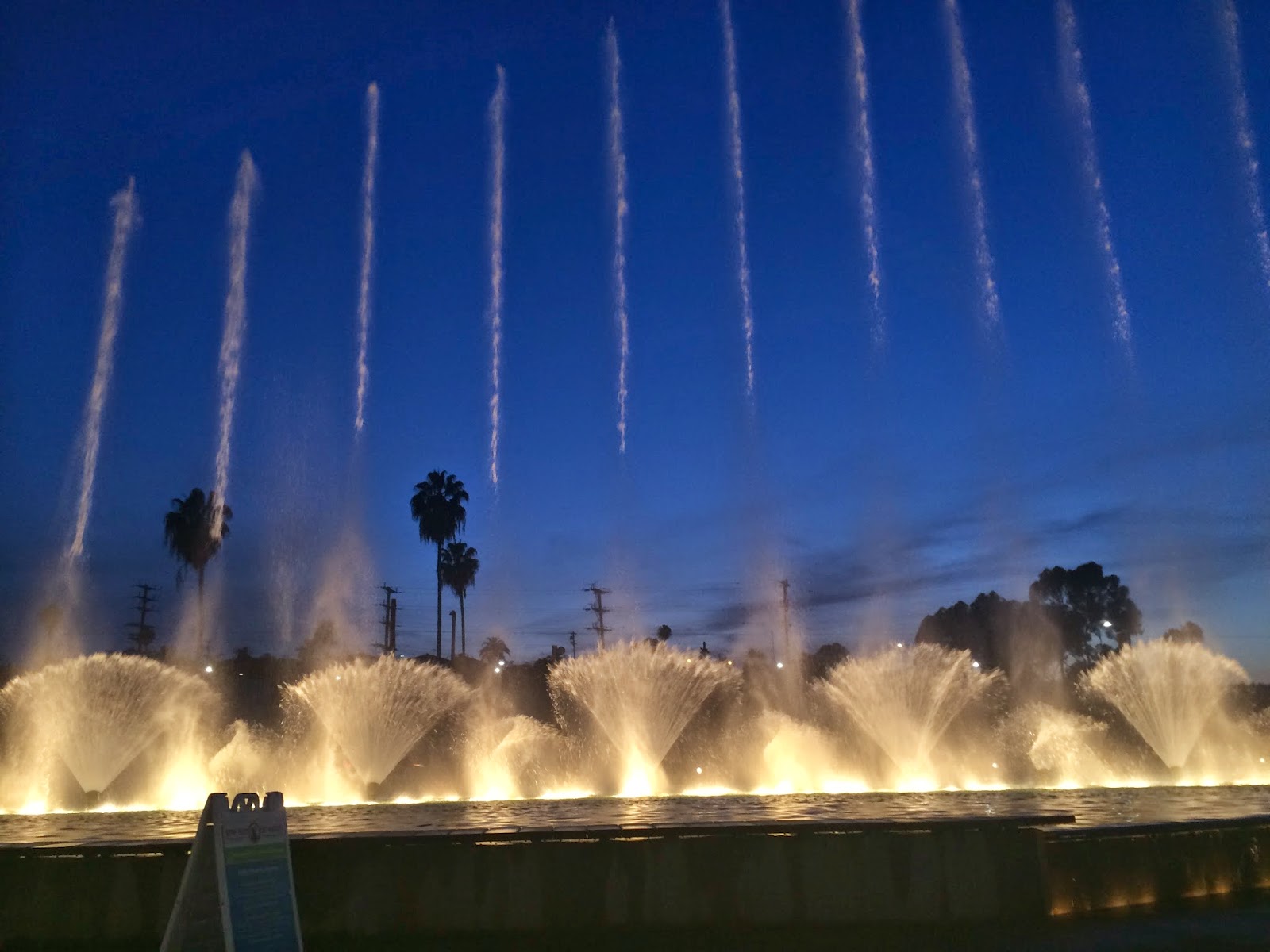 "Pumping 400,000 gallons of recycling water, with 40 programmable MiniShooter® jets and 18 Oarsmen™ assemblies, and water streams that go as high as 100 feet in the air, the Fanfare Fountains & Water Feature at the Port of Los Angeles now comprise the largest water feature in California!
The main two fountains measure 250 feet long and 100 feet wide (3/4 of an acre). Both fountains are synchronized to music and lights
From an overhead view, the fountains are shaped to resemble a sailboat. The twin fountains are obliquely bisected by a 12-foot walkway that sits 12 inches below the basin level of the fountain.
A black granite infinity edge creates a waterfall over the basin ledge and into a trough flowing under the walkway, giving visitors an unforgettable experience of walking through water."
http://www.portoflosangeles.org/recreation/fountain.asp 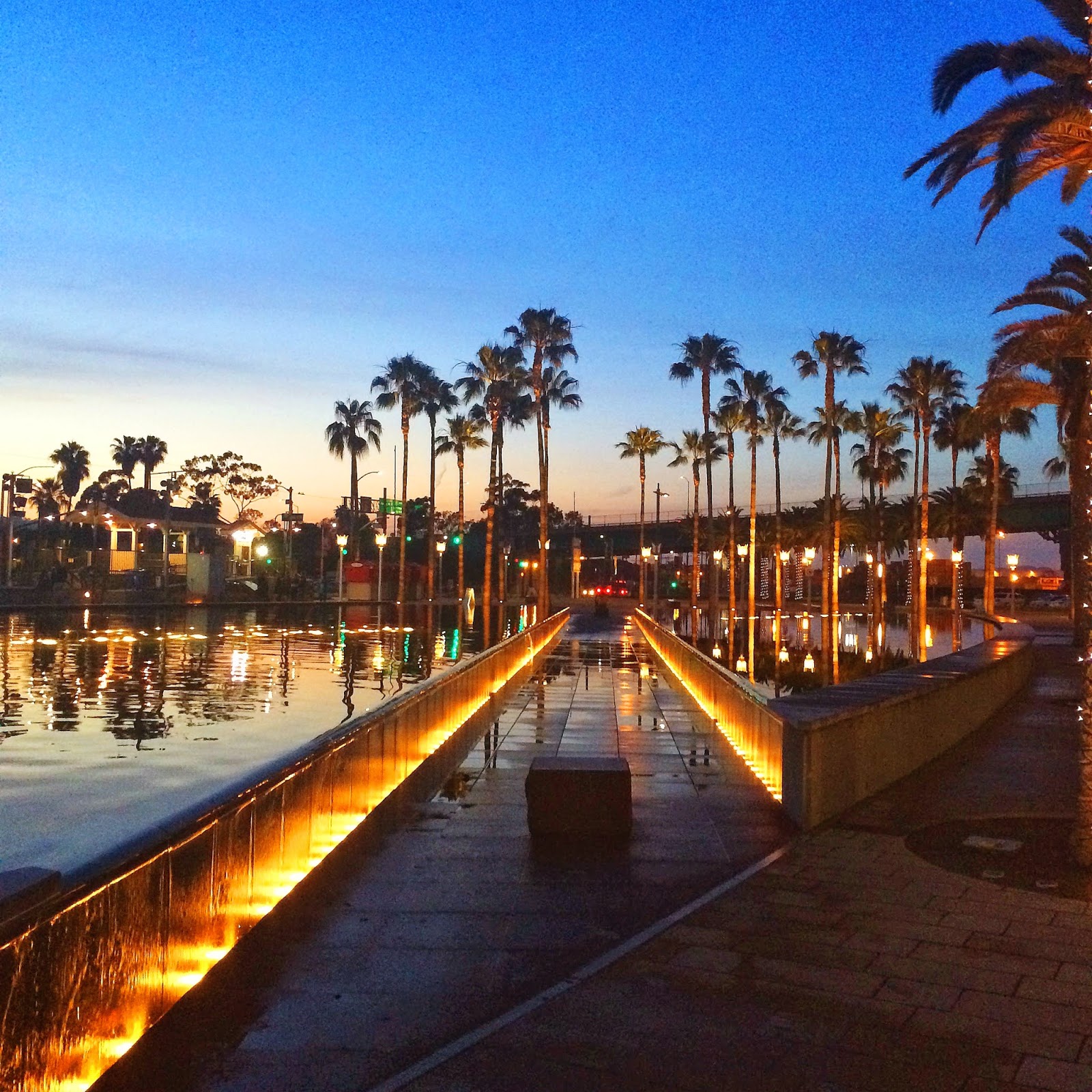 They're nothing like the fountains at the Bellagio in Vegas, but they are pretty damn close. These fountains dance about every 10 mins or so all afternoon, and they are a delightful sight. After a long day of exploring and adventure, it was relaxing to just kick up our feet and enjoy a nice show. The wide variety of music that the fountains dance to keeps it fresh and exciting

I don't think I've ever gone on an adventure with so many damn visits. Well worth it today and glad I did something a little different today and went out to the South Bay. Definitely looking forward to doing a little bit more discovering down out by the coast.

For more pictures please be sure to visit my photo galleries.
kriswithakay.smugmug.com